Have your heard about Five Torches Deep? It's the latest swing at bridging the gap between OSR and 5e. It benefited from the consultation of big name RPG celebrity Ben Milton, so that's helped it get some attention. It was written by Ben and Jessica Dutter, and several others worked on art and graphics.

I was pretty impressed and intrigued by its laser-like focus on bringing that OSR feeling to 5e, so I bought the physical copy. Part of this was motivated by the fact that the physical layout was touted as being very table-ready. A lot of people are focusing on the physical UX these days, and that's a good thing.

So what do I think? Well, it's pretty good. There are some solid mechanics and its very nicely laid-out. But it's not perfect. As for the primary mission of sneaking some OSR chocolate into your players' peanut butter, I think it's similarly a mixed bag with a lot of positives.

Most importantly: is this a good product for you? We're going to have to get into the weeds a bit to answer that question, so get your hedge-clippers and follow me over the fold.

We've been seeing scads of good RPGs coming out of Sweden in the last couple years, or so I am told. I'll be honest: my familiarity with Swedish role-playing consists of two vectors: Kult and games by Free League (or Fria Ligan if you prefer). Is that representative? Kult is great and Free League does great stuff, so I can't exactly argue with the rumors.

Anyway, Free League's latest offering in this vein is this literal bad boy:


So what's going on with this? Is this all style, or is there substance? And clearly this is METAL, but I ask you: what kind of metal is it? The marketing suggests its "Doom Metal," but I have my doubts.

Who doesn't like game reviews? Those are always fun, and it's been a while since I've put any up here. Scouring through my DriveThruRPG client for stuff I've consumed in the last few months, here are a few titles that are worth reviewing today:


Whew, that's a lot! If I want to cover all of those, I'm going to have to keep each one pretty brief. That works for you, right?

Out on DriveThruRPG now!

I'll keep this short; DriveThruRPG is now offering The Magician's House and Lark Fantasy. Go get them because they are the products of a brilliant mind.

Get 'em while they are hot!

I'm right on the verge of publishing The Magician's House and Lark Fantasy to DriveThruRPG. So if you're one of the handful of people who reads this blog and you're interested in getting copies, do it now if you want the free copies! Well, Lark will be PWYW, but the rest of the line will probably cost somewhere from $5-$10 for the adventure. 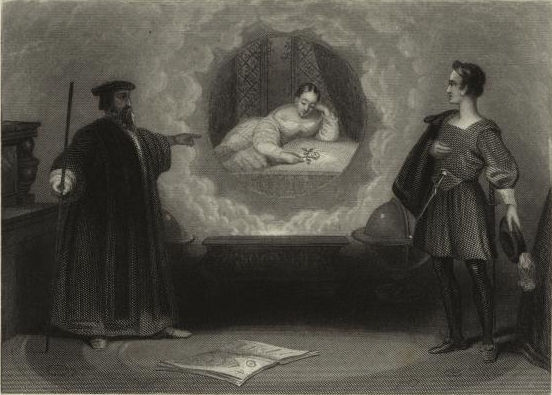 Obviously the title of this post is exaggerating things a little, but don't let that put you off; I've got a good set of rules to share with you.
The game is called Lark Fantasy (click for enlightenment). It was created with the following goals:

So did I succeed?

Space Horror is a rather obvious setting, but that's because it's ripe with possibility. Movies like Alien(s), Bladerunner, Event Horizon, Solaris - and many more - lend themselves to easy inspiration for role-playing.
But with many games of this sort, the question is very much when you've said enough. In other words, the game must decide how seriously it will take its science fiction, how detailed the world-building will be, and a ton of other questions that threaten to bog down a good old-fashioned game about being chased into an airlock.

Along comes Mothership (DriveThruRPG) to the rescue! Motherfucking Mothership knows when to say when! And that's almost immediately. Mothership is a very light game designed to get you up and going as quickly as possible in your own terrifying vision of tomorrow.

Let me back up for a second. Mothership: Player's Survival Guide is the core rulebook of Sean McCoy's space horror game. The words, art and layout are all him. Mothership: Dead Planet, however, is an adventure for the Mothership RPG, written by Donn Stroud, Fiona Maeve Geist, and Sean McCoy with art from Sean McCoy and Stephen Wilson.

You'll notice that I mention the game and its first adventure together; that's because the Player's Survival Guide alone doesn't feel like a complete game so much as a game-making tool. This is a strength, but there are some drawbacks. Let's discuss.

Your Dungeon Master of Ceremonies...

My adventure on DriveThruRPG!

Labels of Many Things